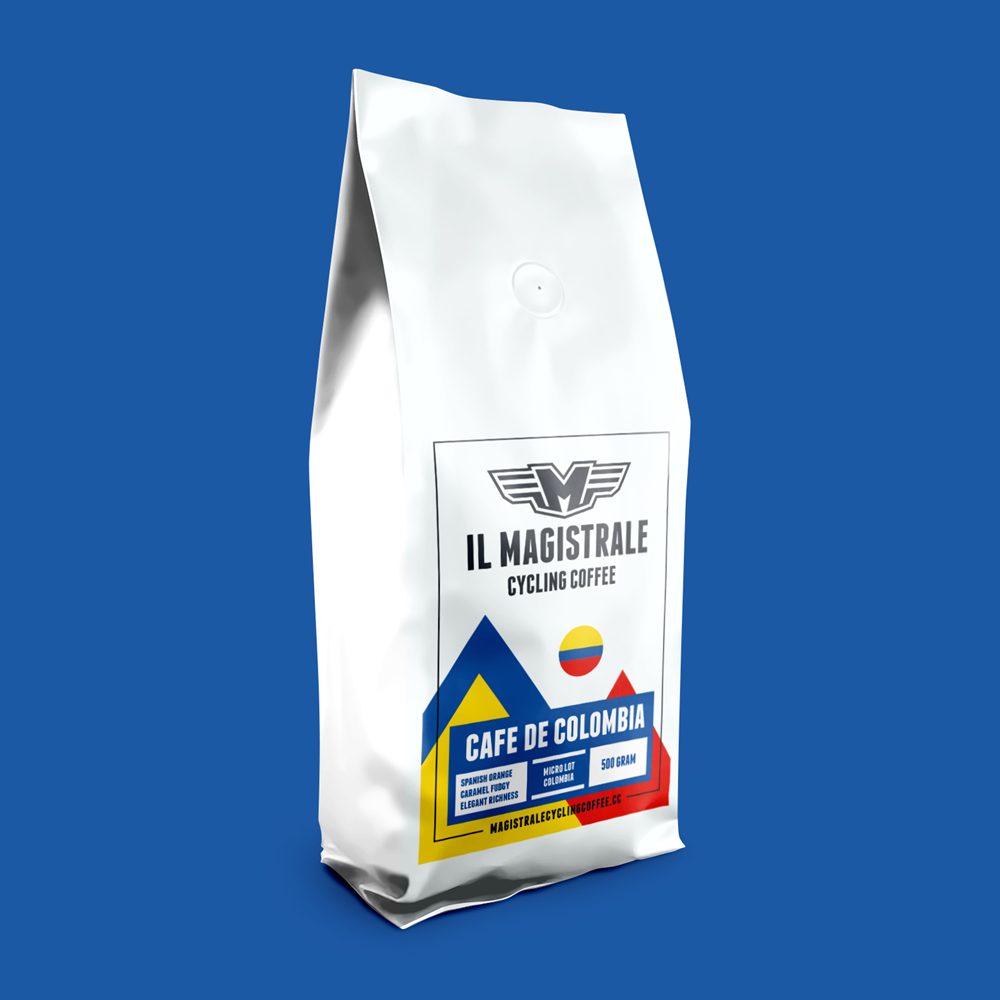 CAFE DE COLOMBIA
The rise and fall of the Cafe de Colombia cycling team was solely connected to the coffee industry in Colombia. The team was brought to life in 1986 to give promising young Colombian riders a chance to prove themselves in big European races. The main sponsor for the team was the Federacion National de cafeteros de Colombia (Colombian coffee plantation owners). Stages were won in the Tour de France but most successes came from La Vuelta where Colombian protagonist Luis "Lucho" Herrera won the general classification. In those days the Tour de France was much more visible than the Vuelta that is why we connect the team more to the Tour de France. In the final year it was the decreasing price for the green coffee beans on the world market that let to the fall of this remarkable team. After his cycling carreer, Luis Herrera started a plant nursery that gave him the nickname: El jardinerito. He managed to win the King of the Mountain jerseys in every grand tour during his career and was the first South American winner of a Grand Tour.

To honor Lucho Herrera, the Cafe de Colombia team and their coffee roots we sourced (100km north of the birthplace of Herrera) a very special Colombian green coffee and roasted it very delicately.

Taste Description
Our limited Cafe de Colombia is medium espresso roast with sweet flavors of Spanish Orange and hints of Fruit Honey next to a Caramel Fudgy medium body. The aroma of the coffee is rich brings a slight citric acidity but a long lingering sweet aftertaste that is great. This is your perfect summer coffee roast!

After the first cupping we decided to buy this coffee as it came from the lastest harvest from this area and we think it resembles the Colombian coffee flavor perfectly. If you have ever tried our Bom van Balen coffee than you will be blown away by the great taste of these coffee beans.

Source Information
The green coffee beans for this coffee are coming from the district of Antioquia, precisely the area called Amalfi near the city of Medellin. We got our hands on 10 bags of green coffee beans with a cupping score of 86.5 points. Coffee has been a faithful companion of Colombia farmers for more than 350 years and we bought the green beans from an organization called Coffee for Peace. The Coffee for Peace initiative is seeking to make specialty coffee a key component in the transition to peace. Through targeted technical training to improve coffee quality, as well as market linkages, thousands of coffee farmers are tapping into specialty markets, thereby increasing their incomes and helping to sustain the fragile peace process. For the thousands of farmers who live in post-violent regions of Colombia, this is an opportunity to leave behind the violence of the past, where production of illicit crops was the norm, and embrace a peaceful future through the production of specialty coffee. We like to join them in this quest.